“PEM is the alphabet of our art.”

A fascinating approach to acting that is clear, concise and contemporary.

PEM workshops to come to Romania at the 20th International German-speaking Youth Theatre Festival (20. Internationales Deutschsprachiges Jugendtheaterfestival) in MAY this year! More than 120 young aspiring artists of different nationalities from Croatia, Serbia, Ukraine, Hungary and Romania are expected in Timisoara from 30th of April until 5th of May 2019.

The programme includes workshops and performances guided by actors and theatre pedagogues from Germany and Romania. “PEM – Direct Access To Emotion In Acting” is one of the most popular workshops held at the festival introducing the safe and direct access to authentic emotions to the next generation of artists. Since 2000 the festival has been organised in cooperation with the German State Theatre Timisoara (DSTT) and other notable institutions. 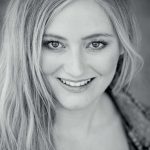 Please go to Online Training to book your session!